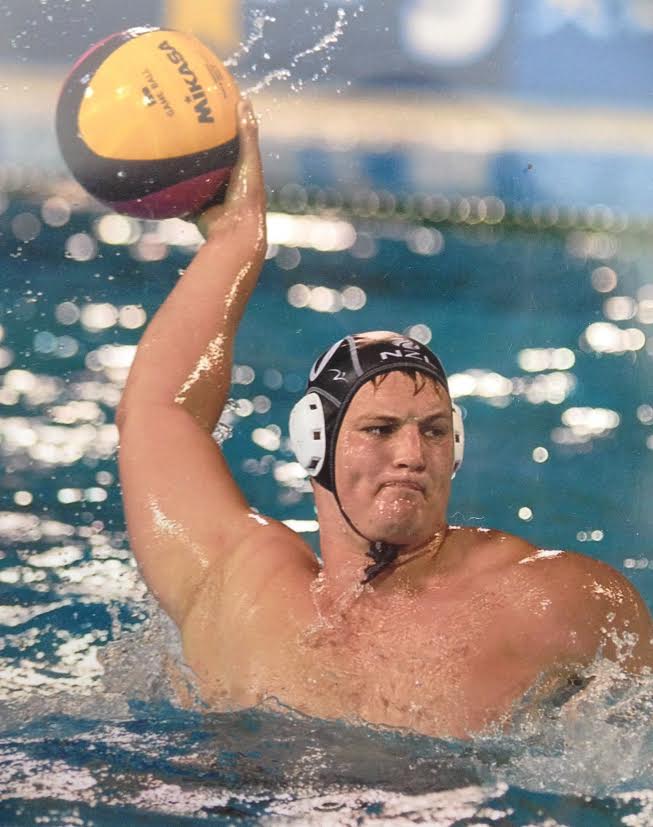 Q.  Describe the first time you represented New Zealand-when, where, who against?

A. The first time I represented New Zealand was an under 16/17 trip to Los Angeles and Serbia in January 2008.

Q.  What other sport were you good at?

A. I used to play cricket and rugby. I made the Wellington u 20 Development rugby team for two years.

Q.  Which coach did you learn the most from and why?

A.  There are two coaches that i have learnt a lot from. Liz Burman, who was our Hutt Coach for a number of years, was the first coach to play me at centre back. I learnt a lot about the basics, the rules of the game and the discipline required in training. Jozsef Sike who was our Hutt senior Men's coach from 2011-2015 and our New Zealand Senior Coach from 2013-2014 was a special coach, he really highlighted the importance of legs and introduced me to a number of new drills and training techniques.

Q.  What has been the highlight of your water polo career?

A.  Playing at the 2013 World Championships in Barcelona, Spain was an awesome experience. We played against Montenegro, Croatia, Spain and Greece (who finished 2nd, 3rd, 5th and 6th respectively).

Q.  What challenges have you overcome during your career-or any that you are facing now?

A.  At the moment living in Christchurch and trying to train is a challenge, given the limited amount of deep water pool space and high demand on lanes by public swimmers. It means that whenever you are in the pool you have to try and use it efficiently as possible.

Q.  How did you manage your university studies and playing water polo at the same time?

A. In my opinion University is the best time to play water polo. I found that if I managed my time effectively and diarised important dates, such as exams or when essays were due, that there was no problem finding time to train. As long as you communicate with lecturers, I found that they were happy to grant extensions for assignments if I was away on a trip.

A.  Favourite experience = playing at 2013 World Championships.
Favourite venue = Huia Cauldron, Lower Hutt
Favourite swimming pool = in New Zealand - Naenae Olympic Pool, the best training facility in the country! Overseas - training in the outdoor pool in Eger, Hungary is awesome with the rocks on the bottom of the pool and the hot pool to use after training.

Q.  Who was the best player you played against? What was it like?

A.  It's hard to single out a single player. We had the privilege of training against the Hungarian Men's team in 2013, which went on to win the World Championships that year. That team included Denes Varga who is an incredibly skilful and intelligent player. Sandro Sukno from Croatia and Aleksander Ivovic from Montenegro were extremely hard to play against. It was very physical and fast so they took advantage of any error that our team made.

Q.  What are your short/long term goals in the sport?